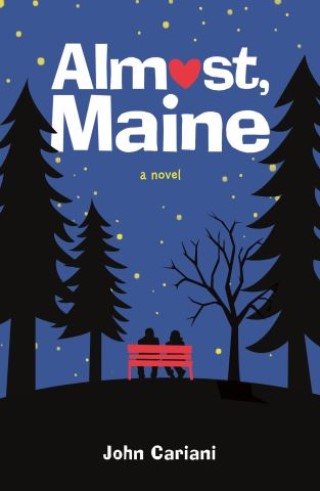 Based on the popular play by the same name, John Cariani's Almost, Maine is an interlinked collection of heartwarming and heartbreaking YA stories that will have you thinking about love in an entirely new way.

Welcome to Almost, Maine, a town that’s so far north, it’s almost not in the United States—it’s almost in Canada. And it almost doesn’t exist, because its residents never got around to getting organized. So it’s just . . . Almost.

One cold, clear Friday night in the middle of winter, while the northern lights hover in the sky above, Almost’s residents find themselves falling in and out of love in the strangest ways. Knees are bruised. Hearts are broken. Love is lost and found. And life for the people of Almost, Maine will never be the same.

John Cariani: JOHN CARIANI is a Tony® Award-nominated actor and a playwright. He’s appeared on and off-Broadway and in several films and television show, and his plays have been performed all over the world. Almost, Maine is his most popular play and the basis of this, his first novel. John grew up in Presque Isle, Maine and resides in the Bronx.